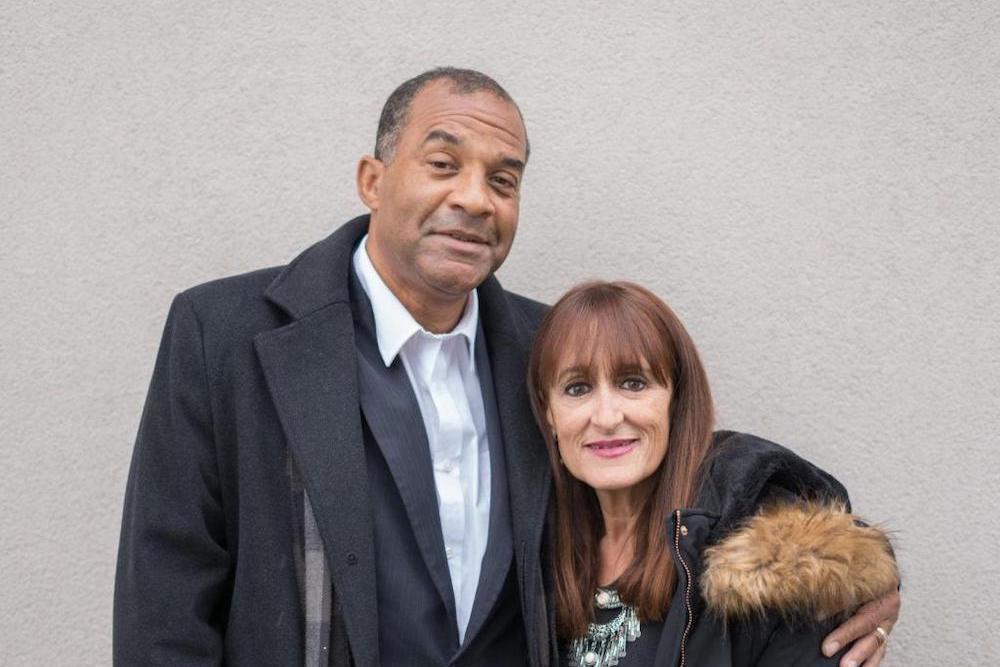 More than a decade ago, Pastor Victor Fuentes and his congregation created a Little Patch of Heaven in the barren desert outside Las Vegas.

That site became a place to heal and enjoy life for Ministerio Roca Solida Iglesia Cristiana congregation members. They welcomed Vegas street kids looking for a better way in life, people trying to escape the clutches of drugs and alcohol and anyone who enjoyed the cool beneath trees and shrubs near a pond fed by a meandering stream.

In 2010, the U.S. Fish and Wildlife Service, which manages all of the surrounding land, rerouted the channel in a restoration project to help the Ash Meadows speckled dace, an endangered fish that lives in the area’s warm springs.

The federal agency did so illegally, according to lawyers fighting for Pastor Fuentes and his church, which is based in unincorporated Pahrump, Nevada.

“The Fish and Wildlife Service not only destroyed the fish and wildlife in our property, but also the opportunity for many more lives to be reached and transformed,” Fuentes said in a post on a website devoted to the issue. “We will not back down. We will not deny our kids the opportunity they deserve to be successful in life. May God help us.”

Zhonette M. Brown, a lawyer with the Mountain States Legal Foundation said they are seeking judicial action on both the state and federal level. She said the Fish and Wildlife Service did not obtain a Clean Water Act permit, declined to comply with the National Environmental Policy Act, and went ahead with the stream diversion even when told by a hydrological expert that it was a mistake.

That was an accurate projection. The stream, known as the Carson Slough, jumped its newly formed banks and did $90,000 damage to the church. Flooding has occurred three times since then, with the damage now totaling $225,000 — and the church, other buildings and the once-lush area now virtually unusable.

A trial in federal court is set to begin in late March and early April. A hearing before the Nevada State Engineer to determine the water rights is set for next week. Whatever decision the engineer’s office makes is likely to be appealed, Brown said.

“Ultimately what we would like the government to do is to pay the damages they inflicted upon the church and to restore water to the land,” she said.

It’s a major fight against massive foes, but Fuentes has won such battles before. A native of Cuba, in 1991 he swam from Santiago, Cuba, to the Guantanamo Bay Naval Base, which is under American control.

Once he was granted political asylum, he became a Christian and later an ordained pastor. He chose to work in Las Vegas, and he and his wife Annette sought to bring faith and hope to people living on the edge of disaster in Sin City.

A church member helped provide the funds to buy the land in 2006 for $500,000 and create the area that became known as the Little Patch of Heaven. Babies and adults were baptized. Christian events were held. Addicts and alcoholics found a safe, peaceful haven.

The loss of the creek and the flooding ended all that in 2010. Pastor Fuentes wants to restore it. To do so, he estimates he will need $700,000 to repair buildings and septic systems and make needed improvements.

He wants the creek to flow in its natural bed — and for the Little Parch of Heaven to bloom again.

In 2010, the Fish and Wildlife Service decided to reroute Carson Slough as part of a restoration project aimed to protect an endangered species, the Ash Meadows speckled dace, which favors the warm springs in the desert. That decision was illegal and unwise, Brown contends, and caused the flooding.

Federal officials have dismissed the church’s claims, stating that the area is flood-prone. The Patch of Heaven is a small slice of private land surrounded by the Ash Meadows National Wildlife Preserve. The water rights remains clouded and are part of the dispute.

The issue of private property and government land management is a longstanding point of contention in the American West.

Fuentes and his allies are working with the Mountain States Legal Foundation and attracted the support of Westerners opposed to federal land management, including the Bundy ranching family infamous for its conflicts with government agencies. The Bundys and some of their friends seized the Malheur National Wildlife Refuge in Oregon in 2016.

At a 2018 rally in support of Pastor Fuentes, Ryan Bundy threatened to destroy the FWS project. Nothing that dramatic has occurred, as the battle has been waged in courtrooms and at government hearings.

The foundation got involved in 2018 and Brown took over the case about a year ago.

“I’ve spent a great deal of time at the church camp with Pastor Fuentes and members of the church,” she said. “It’s been my responsibility and my privilege.”

Want to get notified whenever we write about U.S. Fish & Wildlife Service ?

Sign-up Next time we write about U.S. Fish & Wildlife Service, we'll email you a link to the story. You may edit your settings or unsubscribe at any time.